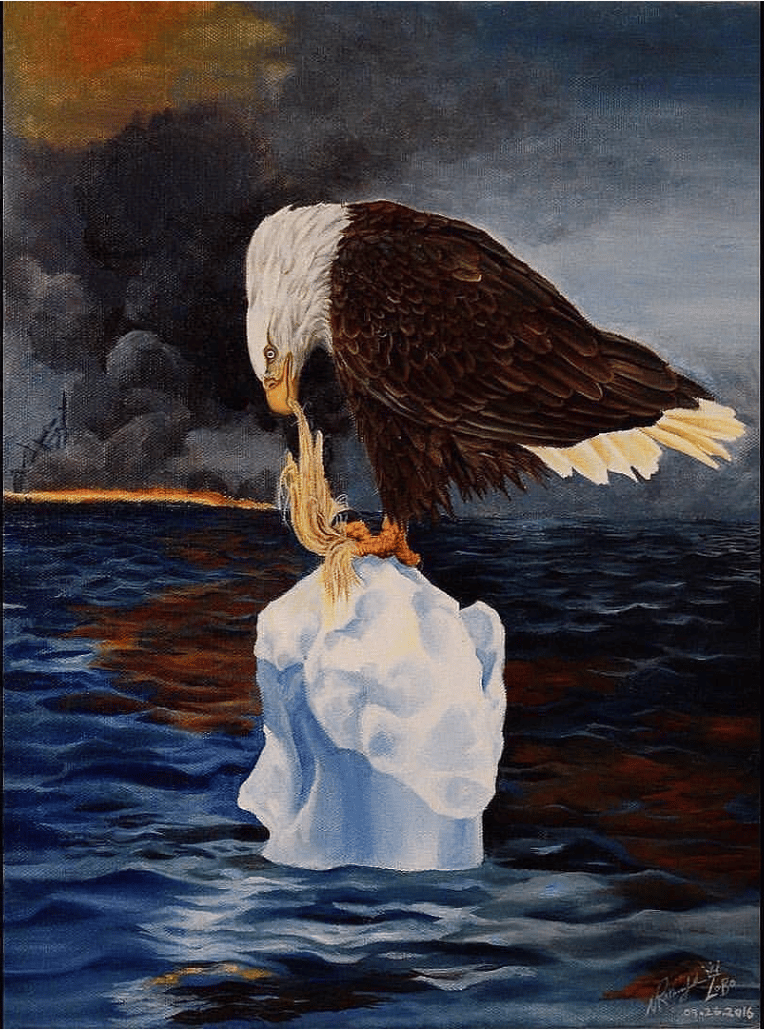 This is an Open Edition Archival Print for the duration of Trump's Presidency.

Each piece will be individually signed and dated on the date purchased, as such each one will be dated at your individual time point of purchase until 2020.

Once he's no longer President, this print release will be discontinued, and each Archival piece purchased will stand as historical date of the political landscape that has shaped our future. A warning to future generations.

When I painted this in 3 days, I DID NOT want it to be relevant for the next 4 years. It was meant to be one of those moments that I remember back to like that was for that week.

Climate Change is the biggest issue facing our species. We don't have four years of inaction available, we need to act now.

The power is in the people, YOU control the will of politicians, OUR GENERATION WILL NOT STAND BY WHILST A BUNCH OF GERIATRICS RUN THIS WORLD INTO THE GROUND.

THIS IS OUR FUTURE, YOU WONT BE ALIVE TO SEE IT, WE WILL.
THE TIME TO FIGHT IS NOW.

If you think we won't fight, your sorely mistaken. It's time for our generation to show our strength.

The root of the Syrian crisis is the droughts caused by climate change, this issue will continue to destabilize nations if we do not act now, the Syrian revolution and rebel fighters all consist of farmers forced off their land due to extreme drought.

This is the biggest national security issue, environmental issue and humanitarian issue we all face as a species right now. We need to act on science and elect officials that will act seriously and swiftly to halt climate change.

This is a global issue, the 2016 presidential election may be America's last chance to elect a leader who will halt climate change. The world doesn't have four more years, this is crunch time.

The US is the second largest emitter of CO2 and greenhouse gases, so yes, your election results, especially Donald Trump and his proposition, affects the rest of the world direly. He will destabilize the planet, the environment and subsequently, nations.

For our future, and that of your children, please do not take this election lightly #DumpTrump

"Putting Greenhouse gases into the atmosphere promises a global catastrophe..

An organism at war with itself is doomed..."