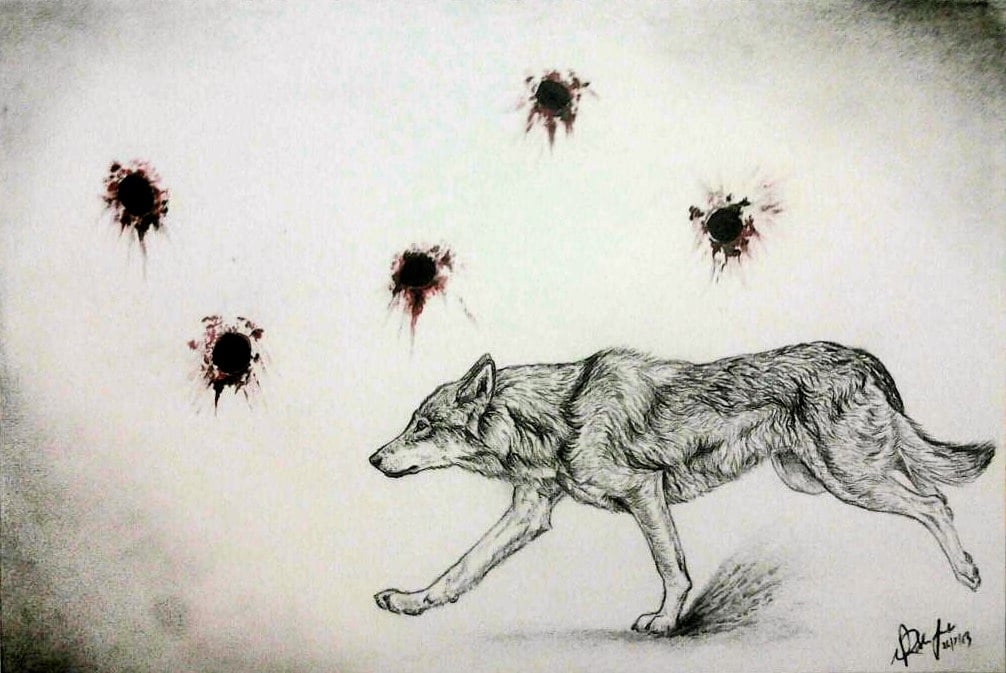 Title:Don't shoot, I want to grow up

Again has two meanings. One environmental, the other symbolic. This drawing was inspired and done after the verdict for the Trayvon Martin case was handed down and Zimmerman acquitted. As a young coloured male, I've experienced profiling to the extent that Martin had been profiled at the beginning of 2013, and throughout my life, the only difference was my pursuer did not have a gun at those times. Trayvon Martin could have just as easily been me, that case shook me to the core. This picture duely represents the struggle that young men of colour experience in society, particularly the youth, and how we are targeted and labelled suspects when we're innocent. It parallels the plight of the wolf in America, persecuted by hunters and farmers due to cultural prejudice and fairytale myths perpetuating fear and hatred. Wolves are seen as the bad guy and hunted with fear and hatred in western culture, whereas in native cultures they are spiritual brothers and revered. In this picture, a young wolf dodges the bullets in order to merely grow up. I see this wolf as a kindred spirit, especially as a young male of colour who has been a victim of profiling and prejudice myself.