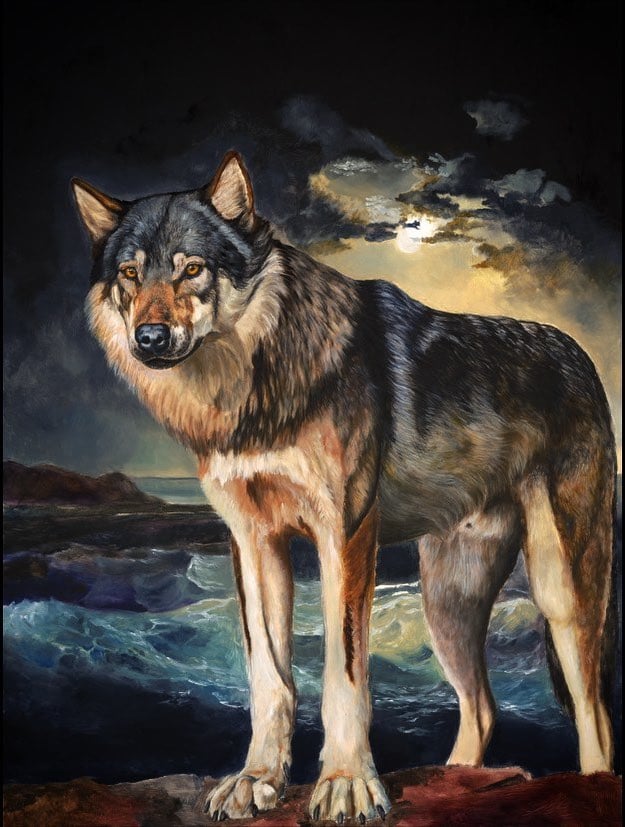 Ballad of Takaya - A Ghost in these Killing Fields

I came across Takaya’s story back in 2017, I had saved it in my albums and bookmarked to read later. Back then his striking features captured my attention and I had planned to do a painting of him sometime in the future, hence saving his info and story. To have his story end tragically this year made me relate to him even more bittersweetly as I faced my own tragic ending of my Wolf and partner K9 Angel, since her loss I’ve been a lone wolf myself and have come to really connect and find solace in Takaya’s journey, his strength and resilience, to be a lone wolf for that long takes a lot of strength for such a social animal. Takaya’s story inspired me and I wanted to bring light to him. This painting (Ghost) brought me peace in these wild times of 2020. There is so much going on this year, that I didn’t want the tragedy of Takaya to get lost in the headlines, he really was the wolf world’s equavelent to Cecil the lion. The issue of hunting wolves has long been a feature in my artworks, being artistically named myself after the legendary Lobo King of the Currumpaw, and knowing that previous wolves like 06 in Yellowstone being lost to hunting didn’t garner the international media attention that Takaya did. Takaya’s story stood out, being a lone wolf and being gunned down before he could change that fact really resonated to me on a personal level, his story really moved me, hence I felt the need to paint another significant portrait of him in the Ballad of Takaya. This piece is special and one that I wanted to spend extra time on to enter into two wildlife art competitions both this year and one for 2021. Takaya died at 8 years, the same age my beloved late K9 Angel passed away at, which made it even more personal to me.